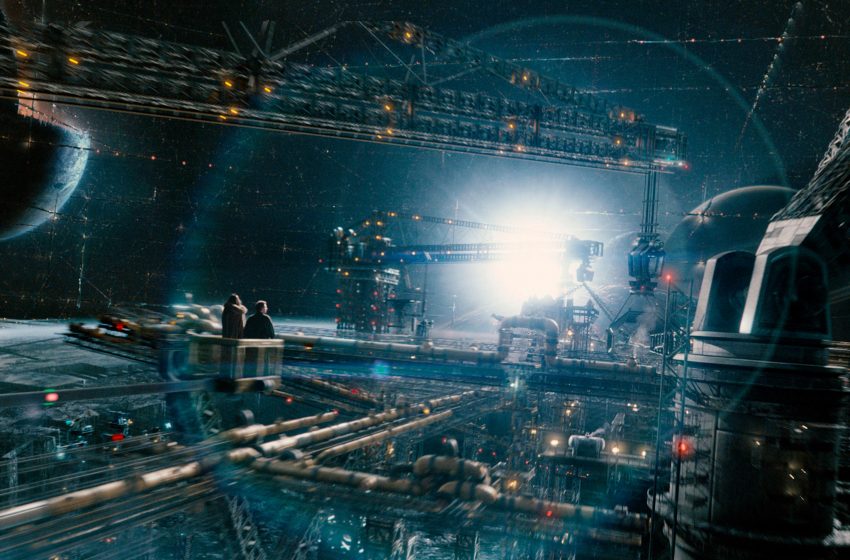 As summer creeps to a close, best buddies Alex and Eddie spend their days patrolling their rural Australian town on their BMX bikes with their walkie-talkies, waiting for something… anything to happen. At first, the biggest event is the return of Stacey, Alex’s neighbor, on whom he happens to have a mega-crush. But then the trio catches sight of a meteorite—at least they think it’s a meteorite—crashing to Earth, and decide to hike to the crash site to investigate.

There’s definitely some Stranger Things flavor to Down To Earth, with its hefty dose of ‘80s nostalgia (synth score, check!) and young-teen nerdiness. But the kids are endearing (Stacey, Alex’s dream girl, just so happens to love science and outer space, and has a mouth full of braces) and the story builds a vivid world in under 10 minutes, even if the thumbnail kind of spoils the excitement of discovery for this one. Still! It’s well worth a watch on Dust’s YouTube channel for your daily dose of retro sci-fi vibes.

Kind of wish you could see what happens next, right?

Down To Earth was directed by Nick Crowhurst and written by Stephanie Jaclyn, with a cast that includes Sebastien Skubala (Alex), Liam Daughtry (Eddie), and Kiki Nicholls (Stacey). Here’s the official synopsis:

Alex is a typical shy teenager crushing hard on his space obsessed next-door neighbour, Stacey. Despite the elaborate efforts to attract her attention, often with the misguided help of his doofus of a best friend, Eddie, Stacey barely notices him. This all changes when a meteorite crash lands on the outskirts of their small Australian country town. Seeing it an opportunity to get closer to Stacey, Alex proposes the three of them try and find it. Armed with a map, some walkie talkies and, in Eddie’s case, ample snacks, the three venture off into the outback. As the sun sets and with Eddie slowing them down, their chances of finding the meteorite quickly fades, until they stumble across a smoking barn and inside discover something out of this world!

You can learn more about Down To Earth (including how the alien was created) and the folks who made it at the film’s official website.